If You’re Not Using Graph OLAP, Here’s Why You Should

For decades, retailers, manufacturers, banks, government agencies, healthcare companies and many other businesses have used Online Transaction Processing (OLTP) databases for applications such as e-commerce, process-monitoring, ATMs, and patient records, to name just a few. Often, those OLTP systems feed data to an Online Analytical Processing (OLAP) database, which applies analytics to ferret out insights that otherwise would get overlooked. 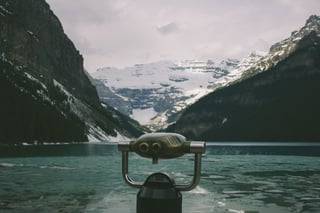 To understand why OLTP and OLAP are such a powerful combination, consider a retail example. Walmart’s website uses an OLTP database to track what each shopper searches for, clicks on, adds to her cart and ultimately buys. The OLAP database, in contrast, looks across all those activities (transactions) and uses that data analysis for applications such as affinity marketing and determining which price points drive the most sales.

But many other businesses missed out on these kinds of deep, actionable business insights simply because they didn’t have an effective OLAP system. The most common reason was that they tried one and found the performance underwhelming, or they heard about that experience from other users. Usually the problem is that the OLAP system came from their OLTP vendor, which will be the first to admit they’re better at OLTP than OLAP.

For many years, people believed that graph databases were powerful but just could not work at scale. With the introduction of AnzoGraph, however, that is no longer the case. Graph OLAP can deliver the high level of performance enterprises need for big data analytics at scale. For example, while Neo4j did the Lehigh University Benchmark (LUBM) benchmark with a scale factor = 100 and 250, AnzoGraph did LUBM with a scale factor of 4,400,000 and provided analytics at much faster speeds. That performance is critical for getting insights from massive data sets, such as the volume of data from customers' online transactions or the Internet of Things (IoT) is generating for many organizations. In fact, it’s not a stretch to say that graph OLAP can mean the difference between insights you can act on and information overload.

Graph OLAP is also easier and cheaper to use. In a sense, it’s the complete opposite of Hadoop, whose free software is outweighed by the cost of the hardware and programmers necessary to use it. It also takes time to write the analytics software, so the business has to wait longer for insights, potentially missing opportunities along the way. With a graph OLAP solution, businesses get all of OLAP’s benefits faster and for less capex and opex.

If a lot of this sounds familiar, it’s probably because businesses went through a similar learning experience with relational OLTP and OLAP databases 20 years ago.

Curious to work with a graph OLAP database? Try the AnzoGraph Beta free for 60 days.