Educating the Internet of Things: Machine Intelligence of Semantics

Regardless of the use case for which it is deployed, the Internet of Things is largely based on machine generated data. Technologies involving sensor data, data streaming, and uninterrupted data transmissions typically stem from machines, which may be as simple as a thermostat or as complicated as equipment assets in the Industrial Internet. 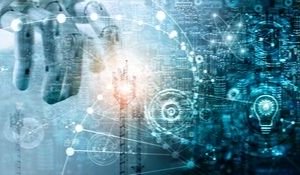 understand each other’s data. In fact, the knowledge graph approach was originally intended for machine-to-machine communication and data exchanges.

The resulting machine intelligence it fosters is necessary to maximize the IoT’s business value. Compelling use cases in the oil and gas industry, smart cities, and healthcare reveal this fact, offering a blueprint for capitalizing on the IoT.

The machine intelligence at the core of many IoT use cases is predicated on semantic standards. The semantic graph environment of Resource Description Framework (RDF) is possibly the most important of these standards. It enables diverse data elements to have Web-addressable, universal identifiers and to be linked together. The data themselves are expressed via semantic statements known as triples. Triples are self-declarative (machine) sentences about what data are or do. The knowledge graph approach also involves standard data models called ontologies. Ontologies provide a uniform schema to which RDF data of any variety conform. The Web Ontology Language is the chief standard for specifying meaning.

The uniformity of these and other semantic standards makes it possible for machines (and people) to understand data because they’re represented the same way. This quality also supports intelligent machine inferencing about data. For example, if one triple states “Fred banks with Bob” and another states “Bob banks at Suntrust”, machines can infer that “Fred banks at Suntrust”. Although relatively simple, this example shows how semantic technologies make implicit knowledge explicit. When this machine understanding of data’s significance and context is applied to relevant business objectives in the IoT, the effects are powerful.

IoT use cases. The production and processing of natural resources in the oil and gas industry exemplifies the value of equipment assets streaming real-time big data. With semantic technologies in place, organizations can leverage these data streams to presage failures and provide predictive maintenance to avoid them. Risk mitigation is essential in the industrial sector. Diminishing or eliminating downtime translates into huge savings.

Smart cities are another good example of equipment asset management in the IoT. The interoperability of data coming from equipment like smart bridges, traffic conditions, and smart city sensors on roadways provides insight into different means of routing traffic, adjusting speed limits, and implementing dynamic parking. Such data can also indicate when equipment is reaching its end of life. Early detection of issues when equipment is in good operating condition lengthens the time before it reaches failure; timely maintenance prevents failure and service disruption. In healthcare, the interoperability of semantics supports telemedicine use cases in which IoT data from wearables is integrated with historical clinical data, helping patients with preventative care.

In these use cases, semantic technologies and standards create machine intelligence empowering the IoT and the Industrial Internet. Specifically, they provide interoperability of various IT systems, timely data federation, and intelligent inferencing for predictive maintenance. Consequently, everyone from medical personnel to Industrial Internet producers can leverage machine intelligence to make interventions in time to support organizational objectives. The knowledge graph approach strengthens sophisticated use cases in the Industrial Internet and IoT as a whole, delivering demonstrable business, civic and patient value.

You may also be interested in: “Automating the IoT with Semantic Interoperability.”